The UK government is expected soon to embark on another ‘push’ for more gender diversity in the boardroom, and the 30% Club continues to work hard in this direction. But the issue of more women on the boards of publicly listed companies in the United Kingdom is broadening out as other players take charge.

Executive search firms – or headhunters – have come in for a fair bit of criticism for their part in perpetuating an existing mind-set around the appointments system in the UK since the review of women on boards was first launched by Lord Davies for the UK government in 2011. Just like the lists of candidates deemed eligible for the boardroom, the same headhunters have been all too evident in the appointments process, often working for the same chairmen as they move from one FTSE 100 company to another.

Somewhat ironically, many of those headhunters have been women. Their long-term established professional relationships – described in the past as one of ‘preferred supplier’ – with largely male chairmen may well have been a contributing factor to a lack of innovation in the thinking around the appointments process. Although headhunters have been included in the UK government’s push for change, they have been less than ‘bold’ in their ideas to date, preferring a place on the boat to rocking it.

But today the most blue-chip of international executive search firms – Egon Zehnder – has done just what businesses keep being advised to do – it has set targets. 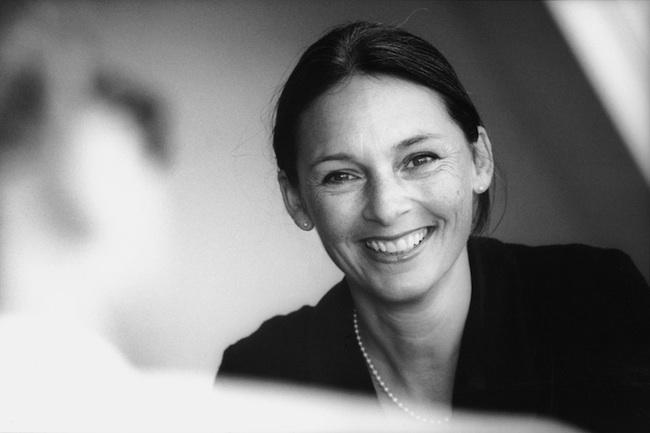 It is committed to a target of 25 female CEOs of FTSE 100 companies by 2025 – a five-fold increase on the number today. Miranda Pode, who has recently been appointed  Egon Zehnder’s UK Managing Partner, says : “The long-term challenge for women isn’t just in the boardroom; the challenge is very much also at the executive level…our focus is on helping Britain’s largest companies do more to develop and retain their best women – this is what we think will bring real change.”

In order to meet this target, one in six new CEOs appointed to the FTSE 100 in the next decade need to be female. That is an average of three a year. Two-thirds of CEOs tend to be appointed from internal promotions, which means companies need to include more women in their leadership pipelines, says Egon Zehnder.

Its initiative, called ’25 by 25′ is to be formally launched at an initiative in London next month for senior executive and FTSE Chairmen to discuss women’s routes to the top. Egon Zehnder is launching a leadership development programme for potential CEOs with Mobius, the US career development group. and helping to identify 40% of women among its high potential leadership candidates.

As Londoners like to say – ‘you can wait for a bus for ages and then two will come along at the same time.’ So, it seems, it is with strong advocates for change.

Today Advanced Boardroom Excellence, London-based advisers in developing individual and collective director effectiveness, published a research report on diversity with a focus on female talent in organisations. It looks at the diversity agenda through the eyes of 70 successful women leaders, and suggests that the waste of female talent is a talent management and business issue, not a “women’s issue.”

Helen Pitcher, its Chairman, doesn’t mince her words. “It is blatantly ridiculous – and must be recognised as such – that with male and female working populations that are broadly numerically equal, women are still a minority group by the time they reach the most senior levels of organisations” she says.

“Unless we change the corporate executive pipeline to become more diverse, a sufficient supply of new candidates won’t be available for executive committees, or, by extension, for boards. Our challenge to boards is that they should take on the same accountability, responsibility and engagement for the diversity of the executive pipeline as they have been forced to adopt for the board itself” she adds. The report outlines some of the changes organisations need to make to progress an agenda for diversity.

Not all headhunters agree that quite so much work needs to be involved to place women in senior executive positions and in the boardroom. At Sapphire Partners, Founder and Managing Director Kate Grussing has been saying for years that female talent exists, but can be strangely invisible. This coming Monday Sapphire again issues a call to action on 150  ’Women to Watch’ at the House of Commons, at an event hosted by MP Mary Macleod.

Kate Grussing says:  “There are still headhunters and chairmen saying that they have looked for new candidates and there is just no one out there.  We know this is not true and the calibre of the women on our watch list speaks volumes.  Other search firms are starting to promote women and setting targets for 2025. Sapphire believes there is no reason to wait that long – and intends to demonstrate it.”

But when it comes to diversity, boardrooms have a great deal to consider.

The Financial Reporting Council (FRC), the independent regulator responsible for corporate governance, has now defined diversity in the updated UK corporate governance code as ‘gender and race’. Headhunters who argued the shortage of women in senior positions was a ‘supply’ rather than a ‘demand’ problem will now doubtless repeat themselves in a different context.

For boardrooms, it is all getting very complicated – at a time of considerable technological change and new challenges for business, there is a crying need for a multiplicity of perspectives around the table.

The reasons why some business leaders create global injustice